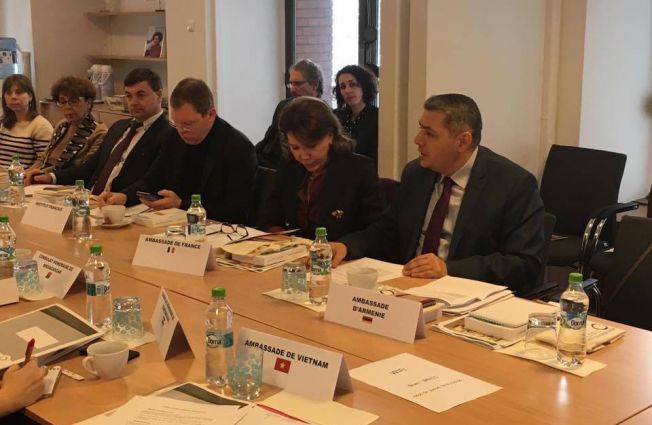 On January 16, the Group of Francophone Embassies and Representatives (GADIF) held a consultative meeting at the premises of the OIF Central and Eastern Europe Regional Bureau (BRECO) in Bucharest.The preparations for the La Francophonie Summit in Yerevan and parallel events were among the agenda issues of the meeting.

The Ambassador of Armenia to Romania Sergey Minasyan participated in the meeting and presented in details the course of preparation for the Yerevan Summit of La Francophonie and the events planned to be held in the margins of the Summit.

Agenda of the meeting included also the issues of signing of Memorandum on cooperation in the area of education with Ministries responsible for education in the francophone countries of Central and Eastern Europe, the Regional plan of activities of BRECO (BRECO-2018, Regional Action Plan), as well as the events scheduled for March 20, the Day of Francophonie.